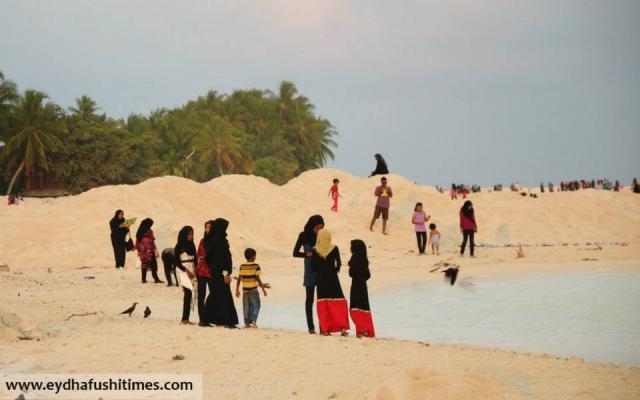 The project to reclaim 25 hectares in the lagoon of Baa Eydhafushi has been completed.

The government signed the agreement for this project with Boskalis International on 18 February, and the reclamation work commenced on 19 April.

Minister of Housing and Infrastructure Dr Mohamed Muizzu said at the ceremony in Eydhafushi to officially inaugurate the project on 21 April, that it will be completed in about 12 days.

He said that barriers will be put up to protect the reclaimed area, and these efforts will begin around 15 April. He also said that road construction projects will begin in the island next year.

Council President Waheed further said that Eydhafushi will benefit greatly from the government’s centralisation policy, under which people in small islands in Baa Atoll will be relocated to Eydhafushi.

The government has said that the state will provide about MVR 570 million for reclamation projects in Eydhafushi, Dhaalu Meedhoo, Dhaalu Kudahuvadhoo, and Kaafu Thulusdhoo.

The reclamation project in Dhaalu Meedhoo has also been completed according to plan.