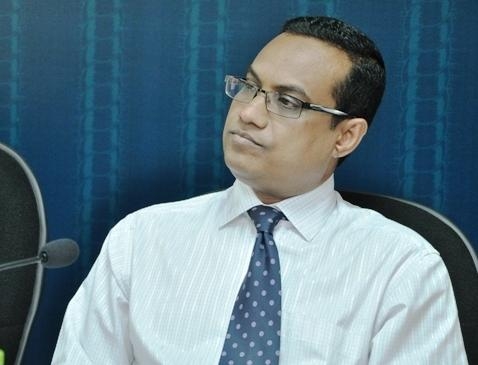 A member of Dhivehi Rayyithunge Party (DRP), Hassan Saeed's resignation follows the departure of DRP from the coalition government on Saturday.

Hassan Saeed told Sun today that he resigned because the DRP council had decided to leave the government, and also because of “the way things are at this time.”

He accused the government of obstructing the presidential election and said that the new regulation that requires foreign observers to obtain special visas and ask for Foreign Ministry approval to enter the country to observe the election, is unacceptable.

Press Secretary at the President’s Office Massood Imad denied Hassan Saeed’s allegations. The government is not obstructing the election, he said

Massood Imad said that government’s stand is for the election to be carried out at the soonest possible date, in a manner to which all three candidates agree, and in compliance with the guideline issued by the Supreme Court.

He said that the President is no longer in the presidential race and has no motive to obstruct the election.

“What we’re saying is, let us all agree to make way for transparent elections,” Massood said.