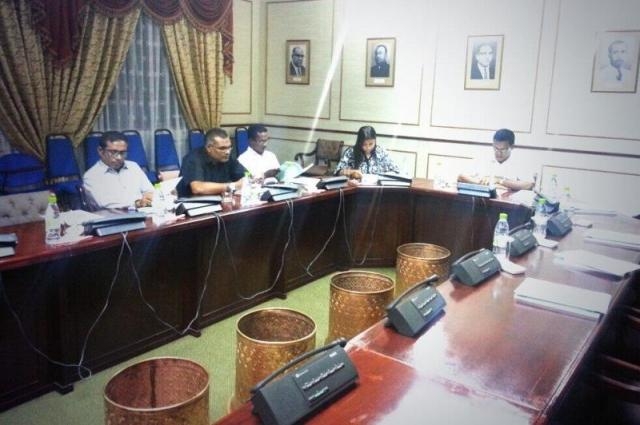 The Parliamentary Committee on National Security has decided to summon the Elections Commission, the police, the Maldives National Defence Force (MNDF), and the Maldives Broadcasting Commission to the committee.

This was passed unanimously by the four members present at a meeting of the committee held this afternoon.

Committee Chairperson, Hulhu-Henveyru MP Reeko Moosa Manik did not participate in the vote.

The National Security Committee, in which MDP holds majority, is investigating a case field by the Elections Commission against Jumhooree Party (JP).

The committee decided to summon the Broadcasting Commission for questioning regarding the spread of information to incite hatred in the society against the commission by a particular media group.

The police and MNDF are being summoned to find out if current events pose a threat to national security, said the committee.

Meanwhile, the Broadcasting Commission has initiated an investigation against the TV channel run by V Media, owned by JP’s presidential candidate Gasim Ibrahim, for broadcasting content against the code of practice of broadcasting.

Six members were absent from today’s meeting of the committee, which is made up of a total of 11 members.