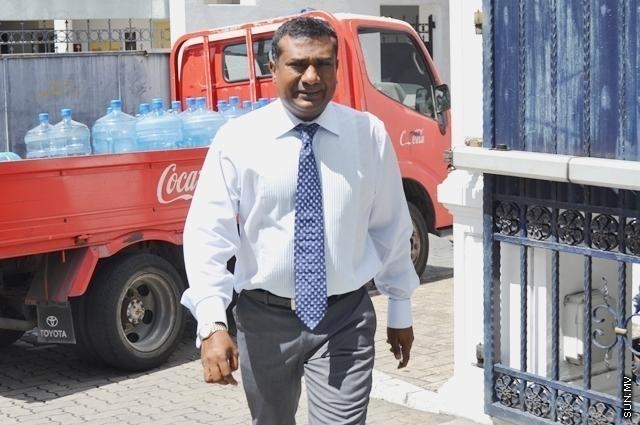 Authorities have withheld the passport of Kaashidhoo MP Abdulla Jabir.

Jabir’s wife and former Attorney General Fathimath Dhiyana Saeed told Sun that Jabir was informed by the immigration department that his passport was being with held after they went to the airport to leave the country around 8:30 p.m. tonight.

Sun is aware that Jabir travel restriction comes in relation to his indictment for possession of alcohol and using cannabis in Haa Dhaalu Hondaidhoo in November last year.

Dhiyana said that the authorities can only withhold one’s passport after summoning him to the first hearing of the case and announcing the charges against him. In another instance, the authorities may withhold an individual's passport if he is hiding from the courts, the former AG said.

Criminal Court has earlier said that attempts to hand over the summoning chit to Jabir were unsuccessful.

Dhiyana said that Jabir is not an individual in hiding and that court has been unable to hand him the summoning chit because Jabir was travelling in the atolls for the presidential campaign.