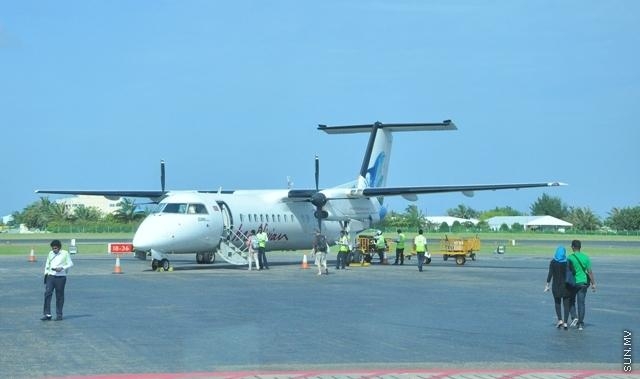 The Maldives Airports Company Limited (MACL) has said that Thailand’s Exim Bank has decided to provide a loan of $150 million for the construction of a new runway at Ibrahim Nasir International Airport.

In a special interview, Managing Director of MACL Bandhu Ibrahim Saleem told Sun Online that it has been decided to commence a three-year project for the development of the airport.

Under this project, land will be reclaimed on the eastern end of the airport, and the terminal will be developed to facilitate 1.8 million passengers, said Saleem.

“A Code F runway will be constructed on the newly reclaimed area, this would facilitate landing of the largest, A380 aircrafts. The present runway will then be used as a taxiway,” he said.

He said that the cost of reclamation of the runway area and the development of the new terminal is estimated at $380 million, and that the discussions are under way with Thailand’s Exim Bank to obtain a loan of $150 million.

“The terminal is being designed. The funding will be available in the next six months or so. We are planning to start the construction of the terminal as soon as the runway is completed,” he said.

He said that by the time the airport is upgraded to serve 1.8 million passengers in 2015, new resorts must to be developed.

“The airport will not see any growth if more resorts are not developed. It’s very important to open new resorts. We would need about 1.5 million tourists to travel to Maldives by the end of 2015, only then can we operate the airport smoothly,” he said.

Saleem said that efforts are ongoing to sign an agreement with Dredging International regarding the reclamation of the airport runway area.