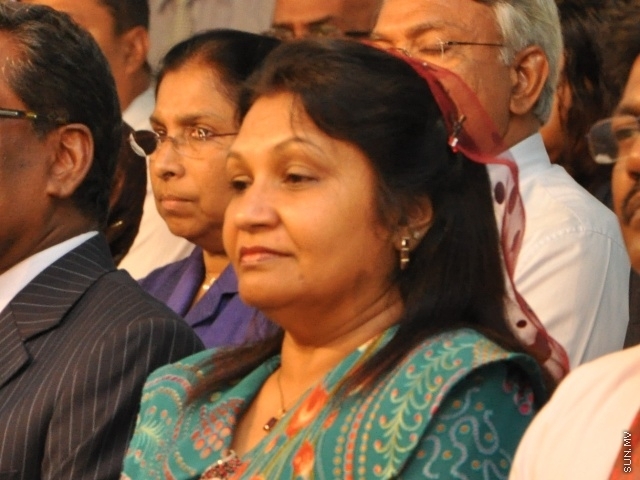 Sun has come to know that the money was handed over to the school at a meeting of the School Board last night.

Principal of Mulaku School told Sun today that the money was donated after the school made a request from the president about four months ago, regarding the improvement and development of the school’s computer lab.

He said that the school currently has only five computers which have been used for 10 to 15 years, and that the president was told when he visited the island some time ago that the school’s computer department requires improvement.

Spokesperson of Forward with the Nation coalition Abdul Rasheed Nafiz told Sun that Ilham made this donation to Mulaku School in her personal capacity.

Ilham visited the island of Mulah while in Meemu Atoll on a campaign trip of Forward with the Nation coalition.