Adhaalath Party did not have coalition discussions with any political party: Sheikh Imran 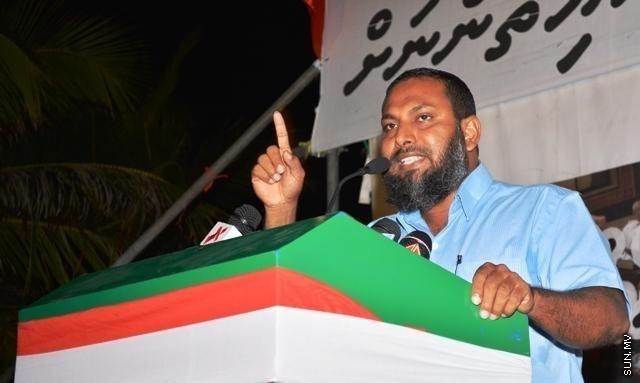 Adhaalath Party has refuted claims that they have been having discussions with other political parties towards forming a coalition, as they have become a prime partner for the presidential race following their recent departure from President Waheed's Forward with the Nation coalition.

In an interview with Sun today, Adhaalath Party President Sheikh Imran Abdulla said that neither have they held official talks to join in coalition with the Progressive Party of Maldives (PPM) or any other political party, nor have they received any official invitation from another party in that regard.

However, Imran said that it is possible that another individual within the party to have held talks with PPM or another party, but said that all official decision by the party will be made by the party’s national council.

“Adhaalath has not discussed anything with PPM in an official manner. The party will not betray a coalition assurance to anyone. The party will not oppose an assurance either. It could be that an individual within the party had talked to PPM, come to think of it differently. But for certain, there has been no such official discussion. By officially I mean myself, or the party’s vice president, or the party’s senior leaders,” Imran said.

He said that the party will work to establish a government that is loyal to Islam and the country and that a decision such as joining in a coalition will be decided by the party’s national council, after consultation with all the relevant party bodies.

Adhaalath Party’s refute follows statements by PPM that they have commenced official talks with the party to form a coalition for the upcoming presidential election.