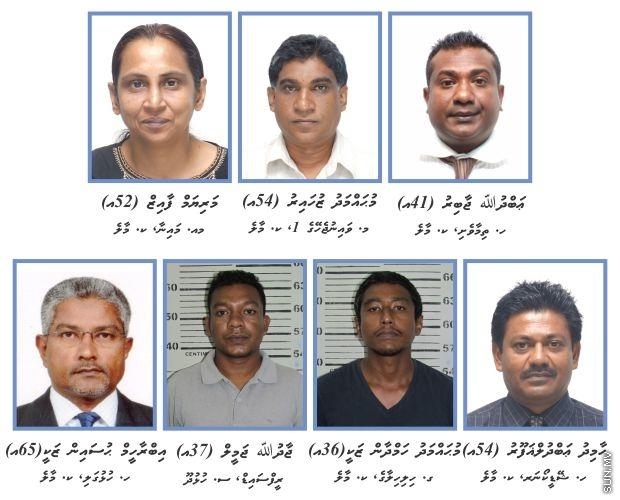 Cases have been sent to the Prosecutor General’s Office against two Members of Parliament and several senior officials of the former government, for drinking alcohol in Haa Dhaalu Hondaidhoo.

The accusations regarding the possession and use of alcohol and drugs in Hondaidhoo have been filed against Kaashidhoo MP Abdullah Jabir, Henveyru-South MP Hamid Abdul Gafoor, Press Secretary of the government of former President Mohamed Nasheed, Mohamed Zuhair, his wife Mariyam Faiz, Jadullah Hameel, former Special Envoy to the president Ibrahim Hussain Zaki, and his son Mohamed Hamdhaan Zaki.

The police arrested the suspects in Hondaidhoo, and following their release, Ibrahim Hussain Zaki left the country for medical treatment. He has since not returned to the Maldives.

The seven people were arrested in Hondaidhoo on 16 November 2012 at around 5am.

The police said that the PG had been requested also to file charges against Abdullah Jabir, Mariyam Faiz, Hamid Abdul Gafoor and Ibrahim Hussain Zaki for refusing a police officer’s request to provide urine samples.

This case was sent to the PG Office by the police earlier as well, but was returned by the PG Office as the investigation was incomplete.

The police said that the case was sent to the PG Office after completing the investigation on 3 July 2013.