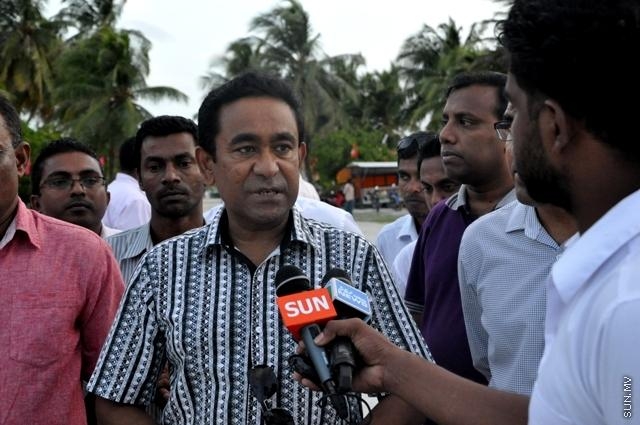 Presidential Candidate of the Progressive Party of Maldives (PPM) Abdullah Yameen has said that the purpose of PPM being in the present government is not to pave the way for President Dr Mohamed Waheed to reach his political destination, and that the work of the party will not be affected by party members being dismissed from the government.

He said that PPM can only implement its ideas by coming to power, and noted that President Waheed’s manifesto is completely different from PPM’s manifesto.

He said that the ministers and other senior officials of this government believe that they might be dismissed from their posts, but do not hesitate to participate in party activities.

“There is not one minister among us who hesitates to participate in our political activities. State ministers and deputy ministers have joined us in our trips. There’s no such hesitation. What’s more, when we announced Dr Jameel as my Running Mate, he was dismissed from his post of Home Minister. So other members of our party are prepared to face similar situations,” he said.

He said that PPM’s aim is to ensure ‘great development’ during the next five years, and to take the country to a situation that would allow the next party that comes to power to run the government without serious problems.