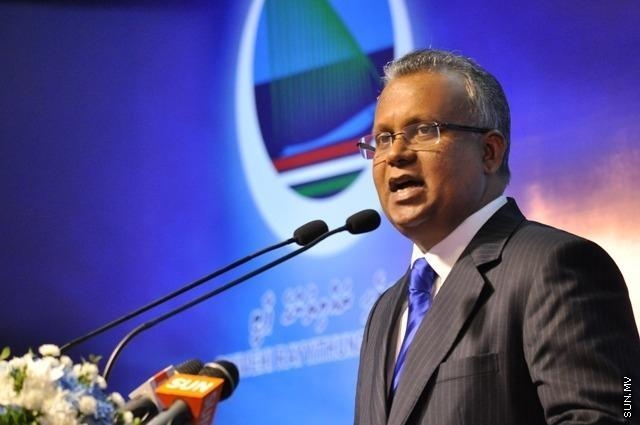 Civil Court has issued an order to withhold the passport and freeze the bank accounts of Ahmed Thasmeen Ali, the recently declared running mate of President Dr. Mohamed Waheed Hassan Manik's coalition and the leader of Dhivehi Rayyithunge Party (DRP).

The order was issued by Civil Court today following a case submitted to the Court by the Deputy Speaker of Parliament Ahmed Nazim, asking the court to implement a ruling by the High Court, which had ordered Ahmed Thasmeen Ali to pay back the pending amount of MVR 1.9 million of MVR 2.55 million that he had withdrawn from the Ahmed Nazim.

Thasmeen’s lawyer told the court today that they are working to appeal the case in the Supreme Court. The judge said that the case has not yet been appealed and that steps will be taken differently if it the case was under appeal.

Nazim’s lawyer told the court that the defendant for such failure of debt repayment of conviction cases have to be present in the court at the hearing, but noted that Thasmeen has failed to attend the court today.