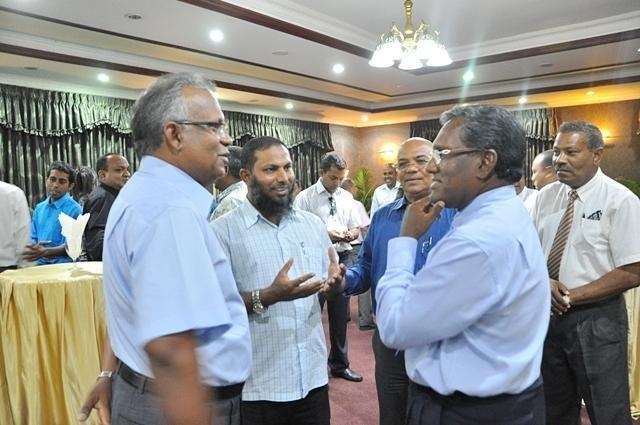 Adhaalth Party’s statements follow recent rumors that the party has decided to break away from the coalition led by President Waheed. Sheikh Shaheem refuted the rumors, stating that they “the hold no basis.”

Speaking to Sun moments before departing to Lhaviyani and Faafu atolls with the President Waheed on his campaign, Sheikh Shaheem said today that his party has “no discontent” towards President Waheed designating Thasmeen Ali as his running mate and reaffirmed their commitment by saying that Adhaalath is still very much a part of the coalition. He also urged all members of his party to stick by the party’s decision and show their support for President Waheed for the upcoming election.

“Adhaalath Party has no discontent regarding the Thasmeen issue. They both have full support from this party,” Sheikh Shaheem said.

However, the absence of Adhaalath Party’s top leaders were starkly apparent at the ceremony held by President Waheed’s campaign to announce Thasmeen Ali as the running mate this afternoon. Adhaalath Party member and Fares Maathoda MP Ibrahim Mutholib and Minister of State for Islamic Affairs Sheikh Abdulla Didi were part of the few members that attended the ceremony.

MP Mutholib said that Adhaalath Party President Sheikh Imran Abdulla could not attend the ceremony because he had to “attend to something” at the President’s Office.

Spokesperson Sheikh Shaheem said that leaders of Adhaalath Party have not been able to attend campaign events because they have recently been out of the country.