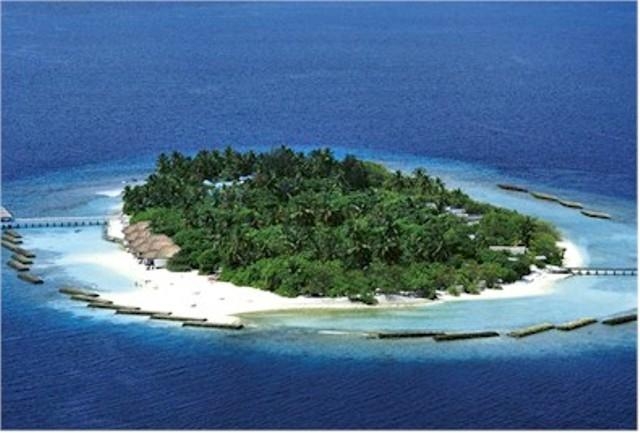 Alif Dhaalu Kudarah, the tourist resort owned by Kaashidhoo MP Abdulla Jabir, has denied access to a team from the Tourism Ministry who went to take over the island last night.

The team made travelled to Kudarah to demand a handover of the island resort, following the government’s recent termination of their agreement for failure to pay lease and fines.

An official from the Tourism Ministry said today that a team from the ministry arrived at Kudarah around 7pm last night but were unable to go ashore as people on the island had barred the island’s jetty.

“Some people on the island had barred the jetty by the time we arrived on the island. There were about 50 people there. We turned back and left because it did seemed it might not go so well,” the official said.

Kudarah Resort has been closed down for renovation for a number of years.

“Even if they barred us and sent us away, they can manage the island only with Tourism Ministry’s permit. Regardless, the island’s lease agreement has not been terminated. Our team went there to carry out our legal responsibilities,” the official from the Tourism Ministry said.

The official said that team from the ministry is also scheduled to go and take over Haa Alif Alidhoo today. Alidhoo is the other resort whose agreement has been terminated for failure to pay lease and fines, owned MP Abulla Jabir’s company Yacht Tours.

“According to the agreement on Kudarah, after the agreement is terminated, the island has to be handed over when the Tourism Ministry team arrives on the island. Alidhoo agreement requires them to hand over the resort within seven days from when they arrive on the island,” the official said.

The official said that Tourism Act states that an island shall be opened for submission of bids after being retracted by the government before it can start operations again. However, the ministry has not yet stated when the islands will be opened for bids.

Government terminated agreements for two resorts on Haa Alif Alidhoo and Alif Dhaalu Kudarah last Tuesday for failure to pay lease and fine charges after the deadline allowed by the second notice issued by the government expired.

This is the first time the Maldivian government has terminated an agreement for a tourist resort due to failure to pay rent or fines.