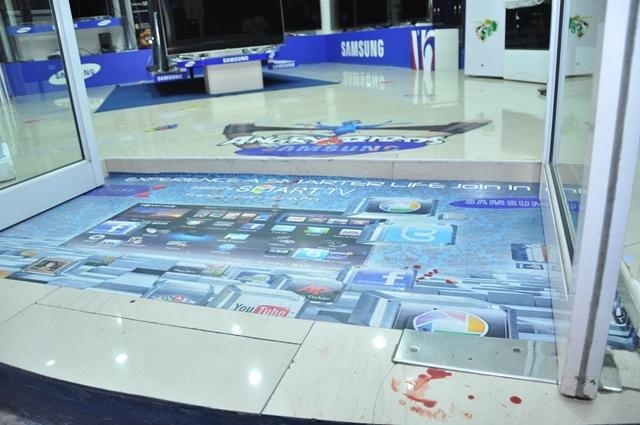 A man has been injured after he was attacked by a group that entered an electronics shop located opposite Allora.

A police media official said that an incident whereby a person was attacked with a sharp object was reported at around 18:20 today, and the victim is now being treated at ADK Hospital.

When Sun reporters arrived at the scene, the Police Forensic Team was inside the shop, and blood could be seen on the floor of the shop.

The eyewitness said that the group fled the scene after the attack, and the victim was taken to the hospital on a motorcycle by the people of the shop.

The case is now under investigation by the police.

Including this incident, five people have been stabbed this month.