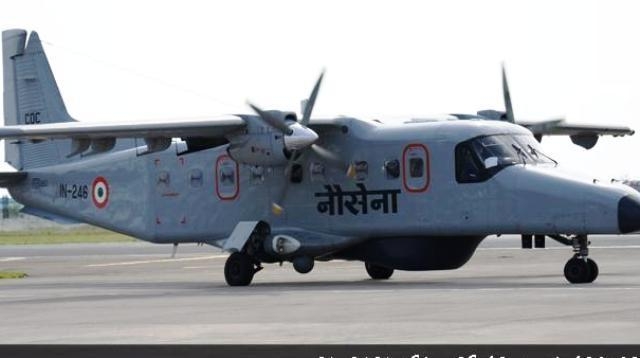 An Indian Navy aircraft facilitated by the Indian government has arrived in the Maldives to assist local authorities in the search for a boat named Azum.

The 40 foot fishing boat went missing along with two crewmen after it departed from Meemu Mulak on the morning of 4th May, en route to Laamu Maavah.

Media Official for the Maldives National Defence Force (MNDF) said today that their Coast Guard ship Huravee and that the Indian Navy aircraft will be engaged in the search operation, and that the aircraft will search a further area than the distance already covered by MNDF Kurangi Helicopter.

“The boat departed this morning to carry out surveillance patrols. The it will again search Thaa Atoll, Laamu Atoll and further areas out to the sea,” Abdulla Ali said.

The two men travelling on the boat have been identified as 32 year old Abdulla Waheed of Hiyaleege, Laamu Maavashu, and 39 year old Hassan Rasheed of Handhuvareege, Alif Dhaalu Maamigili.