Some of the policies announced for the campaigns could pose threats to the environment: Dr. Shakeela 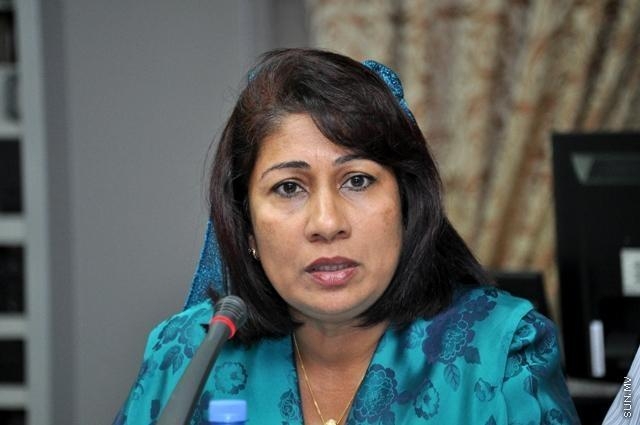 Minister of Environment and Energy Dr. Mariyam Shakeela has warned that some of the policies announced by certain political parties aimed at the upcoming presidential elections could pose threats to the environment of the country.

The Environment Minister made her statement at the inaugural ceremony for the “NGO forum on Environmental and Sustainable Development” held in Nasandhura Palace Hotel today.

She said that although all political parties are currently talking about their plans to govern the country for the next five years, none of their manifestos include policies on protecting the environment, and that some of the policies that have been announced could pose grave threats to the environment.

“Sometimes, although these plans gain a short-term gain, or some amount of money, they may cause great damages in the long run. It is very important that we give this due consideration,” Minister Shakeela said.

The NGO forum on Environmental and Sustainable Development aims to identify the roles of non-governmental organizations towards the implementation of environment friendly and sustainable development methods and policies.

Minister Shakeela said that the civil society plays an important role in making the government accountable, especially at times when they veer off course and implement strategies that may harm the environment.

“Regardless of who prepares it, if the plans are such that they may harm the environment, it is the role of the civil society organizations to be vigilant over such matters and try to stop them,” Minister said.

A number of environment-protection oriented NGOs participated in the forum that began today.