Will be forced to reduce salaries if Parliament refuses to approve bills proposed to increase revenue: Finance Minister 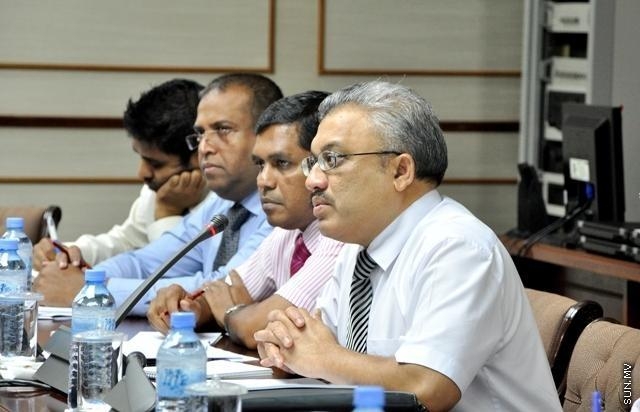 Minister of Finance has warned that the government might have to resolve to austerity measures and cut reduce employee salaries if the Parliament refuses approve some of the bills proposed to increase government revenue.

Finance Minister Abdulla Jihad attended the Parliament Public Accounts Committee today answering a summons in relation to the government’s proposition to reallocate MVR 650 million from the MVR 1.8 billion stipulated for the development projects.

Finance Minister asked the Parliament to approve the bills proposed by the government to increase government revenue and warned that the failure to so might force them to resort to undesired measures.

“The current estimates, in relation to revenue measures, shows that we will receive half a year’s revenue. If we don’t receive revenue within half a year, we will have to face new constraints. My request is for the parliament to approve some of the amounts from the bills I have put forth to increase revenue. If you do not, we will have to introduce new controls. We might have to reduce employee salaries at one point,” Jihad said.

Minister Jihad answered that the expenditures by the military and the police are made through their own budget and that the president’s travels to meet the people is not considered a fault.

Minister also said that the number of members in independent institutions and island and atoll councils need to be reduced and that the institutions need restructuring.

Government first proposed a MVR 16.9 billion budget for 2013, of which MVR 15.3 was approved by parliament. Government has now decided to allocated MVR 650 million for administrative expenses, from the MVR 1.8 stipulated for development projects.