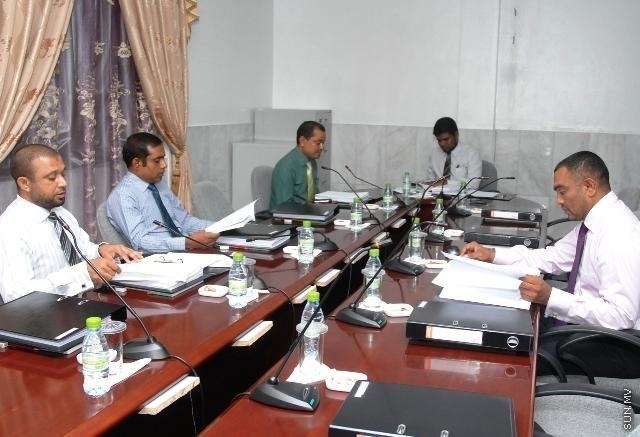 The new amendment proposed to the Parliament regulation seeking to specify instances where the Parliament can close off its sessions from the public and exercise secret voting has been rejected by the Parliament General Purposes Committee.

Intending to establish secret voting for votes of no confidence for the president, vice president and his cabinet, the amendment was proposed by a Maldivian Democratic Party (MDP) Parliamentary Group Member, Thulhaadhoo MP Nazim Rashaad and rejected by the votes from MPs representing the current coalition government.

The government coalition holds a majority in the General Purposes Committee, consisting of four MPs from the opposition MDP, three MPs from the Progressive Party of Maldives (PPM), two members from the Dhivehi Rayyithunge Party (DRP), one MP from Jumhoory Party (JP) and one independent MP.

Supreme Court issued a ruling on the 14th of last month stating that the amendment to the Parliament regulation to establish secret voting, which was passed by the Parliament earlier, was in contradiction to the constitution and therefore invalid.