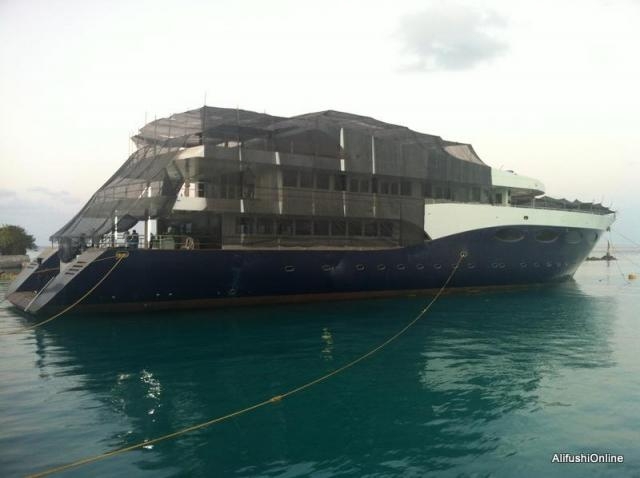 The largest safari yacht yet to be constructed in the Maldives has been launched from Raa Alifushi port last night.

The boat was commissioned by a Polish company registered in the Maldives named “Scuba Spa” and was constructed by Mohamed Yusuf of Gulraunage, Raa Alifushi.

Measuring 167 feet in length and 37 feet across, Mohamed Yusuf told Sun today that the boat took two years and four months to build.

Mohamed Yusuf said the construction of the boat itself had cost approximate MVR 3 million, and that the Scuba Spa had spent about MVR 5 million on the boat overall.

He also said that it took the construction team a total of three months to lower the boat in to the water, for which they had started work in February this year.

He said that they are currently working on loading the Safari Yacht with the necessitates to make its travels.

Mohamed Yusuf said that the company had told them that the first passengers for the boat is scheduled to arrive on the 4th of next month.

Parliament extends validity of General Regulations Act by one year