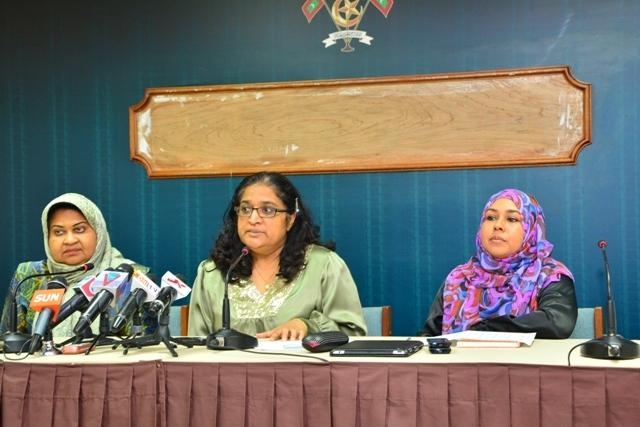 The Ministry of Gender and Family has decided to propose an amendment to the law, to transfer the legal guardianship of children to another person in the event that the children’s parents are negligent.

At a press conference held today, Acting Minister of Gender and Family, Attorney General Aishath Azima Shakoor said that the amendment had been finalised and sent to the President’s Office today.

Azima said that the amendment would allow the transfer of guardianship within the principles of Islamic Sharia.

She said that cases of neglect and abuse of children had increased to an alarming level, and urged politicians and journalist to pay more attention to this problem.

She said that the number of children taken to Kudakudhinge Hiya this month is extremely high, and that last month alone, 37 children were transferred to State care following sexual abuse.

Minister of State for Gender and Family Dr Aminath Rameela said that the number of children abandoned after birth is also increasing, and noted with dismay that such acts are being committed by people who have good jobs.

Azima said that the number of children presently at Kudakudhinge Hiya is close to 70. She said that the parents visit these children often and with presents, but the children are sad that they get to meet with their parents only for a short while.

Azima said that strict action will be taken against parents who neglect their children, and that non-profit organisations and private individuals should assume the responsibility of taking care of children who are abandoned by their parents until the children can be taken under the care of the State.

Azima said that some parents use the names of children at Kudakudhinge Hiya to make purchases, and stressed that Gender Ministry will not accept such activities.