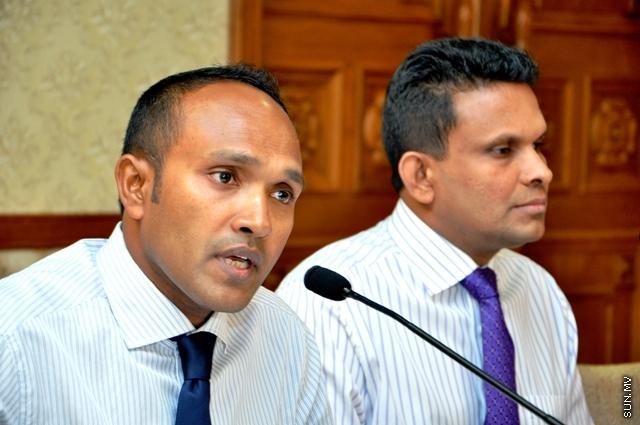 Parliament has scheduled to conduct votes of no confidence against Minister of Defence and National Security Colonel (Rtd) Mohamed Nazim and Minister of Home Affairs Dr. Mohamed Jameel Ahmed on the 8th of April 2013.

Deputy Speaker of the Parliament Ahmed Nazim made the announcement at the parliament meeting today.

The parliament also scheduled to ask for a vote to dismiss the Judicial Service Commission member representing the parliament, Maamigili MP Gasim Ibrahim from the commission. The vote was scheduled for the 9th of next month.

The motions of no-confidence were submitted to the parliament by the Maldivian Democratic Party (MDP). The motion to remove MP Gasim Ibrahim from JSC was also submitted by the MDP Parliamentary Group. They had reasoned that a person campaigning for the presidential elections must not be permitted to sit in the JSC. While MDP Parliamentary Group currently consists of 39 members, a motion of no-confidence against a Minister will pass if it receives more than 39 votes.