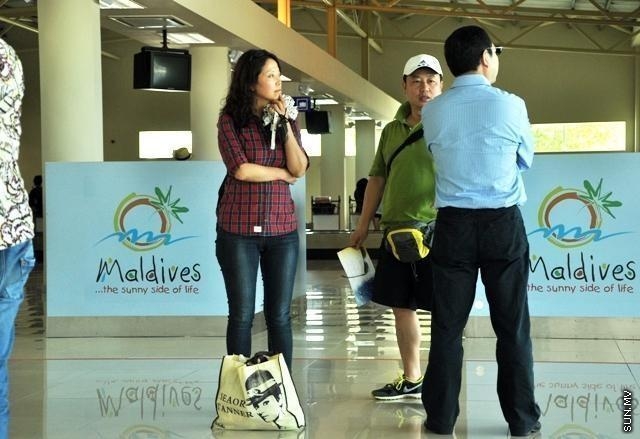 Ministry of Tourism, Arts and Culture has revealed that they have planned to undertake a number of new activities to promote Maldives tourism to the Chinese market. China currently holds the largest share of tourists visiting from a single country to the Maldives.

Speaking to Sun Online today, Deputy Minister for Ministry of Tourism Mohamed Maleeh Jamaal said that the Chinese market is important for the Maldives tourism and that they are currently preparing two commercial segments to be aired on the Chinese national broadcaster, CCTV.

Maleeh said that the Maldives tourism commercial segments are funded by the Chinese Government.

“The programs will show Maldives tourism, culture, traditional talents such as boat construction, and other themes that display the beauty of Maldivian culture and so on, Maldives resorts and their natural beauty, underwater footage, it’ll be excellent for the channel,” said Maleeh.

He said that video footage for the programs are to be completed by the end of next month and that they will be able to air the programs during this coming month of May. He said that the programs will work to their advantage and will significantly promote Maldives tourism in China.

Maleeh said that they are also working on an additional TV program to be aired on other channels in China. He however did not mention the specific channels.

Maleeh continued to detail their plans, saying that in conjunction with an airline currently operating to the Maldives, plans are being made to stage short street performances in four different cities in China. He said that meetings will also be held with Chinese news outlets and travel agents as an additional effort to promote Maldives tourism.

“Street performances are to be played in four different cities, and we will be meeting with at least 2000 agents, and even if we can attract about 20 news reporters from each city, it is large number, it will have a large effect on tourism,” said Maleeh.

Maleeh said that street performances will be held in Beijing, Shanghai, Shenzhen and Changsha.

He added that the Ministry has initiated a number of new efforts, especially due to counter anti-campaigns currently circulating against Maldives tourism, and said that he is confident that their new efforts would be fruitful.

China currently holds the largest share of tourists from a single country to the Maldives. A total of 33,592 Chinese tourists visited Maldives in February 2013.