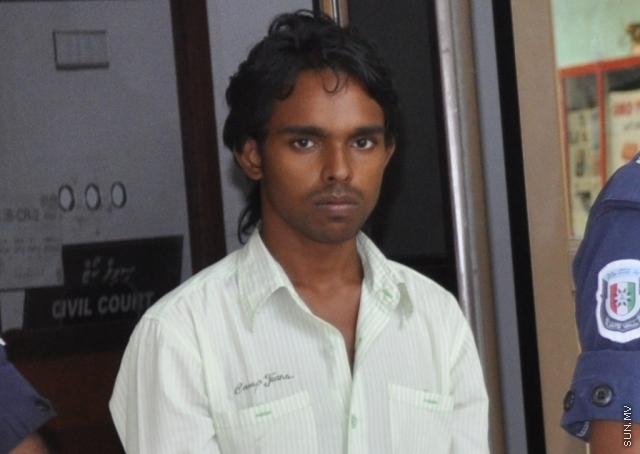 The Criminal Court has sentenced a man convicted of sexual abuse of a 15-year-old girl to 14 years in prison.

The convict is Afrah Hussain of Bolijehige in Haa Dhaalu Maavaidhoo.

An official of Criminal Court said that Afrah Hussain was given the 14-year prison sentence after it was proven in court through testimonies presented by witnesses that he was involved in sexual activities with a 15-year-old girl in Hulhumale’ at around 4:20 pm on 30 May 2011.

The case was filed to Criminal Court by the Prosecutor General’s Office on 20 July 2011.

The State had also pressed charges against Afrah Hussain for owning pornographic material.

He was sentenced to 14 years in prison with reference to Article 3 (a), under Article 3 (c) of the Child Sex Offenders (Special Provisions) Act.