Negative campaigns will not only damage Maldives tourism, but the country as a whole: Maleeh 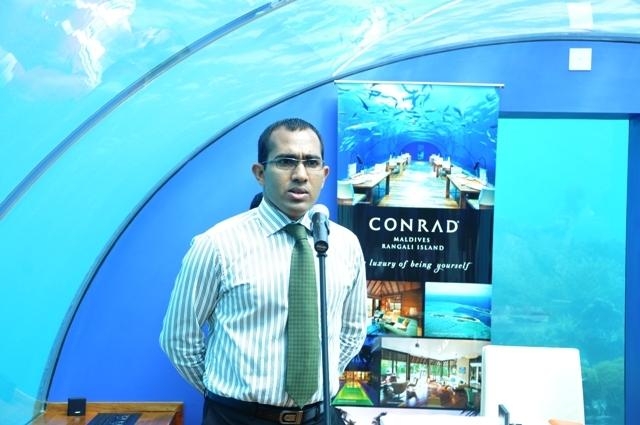 Deputy Minister of Tourism, Arts and Culture has said that the recent campaigns on social networks calling to boycott Maldives will not only damage Maldives tourism, but will effect the country as a whole.

A New York based organization called Avaaz recently launched a global campaign calling to boycott Maldives tourism following the sentencing of a 15 year old girl to be lashed after being convicted of fornication. The petition calls to threaten the country's reputation through hard-hitting ads in travel magazines and online campaigns until the sentence is revoked and lashing is abolished in the country.

Deputy Tourism Minister Ahmed Maleeh Jamaal told Sun Online today that the purpose of the anti-campaign is to defame Maldives tourism and that it will have grave negative effects on the reputation of the country.

“When they started the campaign, they were clearly aware of the President’s stand, as well the Attorney General’s stand on the matter. Looking back, a 14 year old was given the same sentence during former President Nasheed’s presidency and nobody seemed to have talked about that,” Maleeh said. “This whole deed is a to defame the country’s tourism industry and the [damage the] economy.”

Maleeh said that the Maldivian Democratic Party (MDP), along with the different media groups that work alongside MDP, are trying to crush the country’s tourism and that the real purpose of these actions are to cause havoc on the country’s economy, and that it is being done towards a political gain.

Maleeh said that they are currently working on more promotional campaigns to counter the negative publicity. He said that the country needs to learn to solve conflicts internally rather than resulting to campaigns with foreign parties to attack the country’s economy to gain a political advantage.

While a number of new campaigns are currently being undertaken against Maldives tourism, numerous such initiative were also carried out following former President Nasheed’s resignation last year. Maldives tourism industry has felt the adverse effects of these campaign.