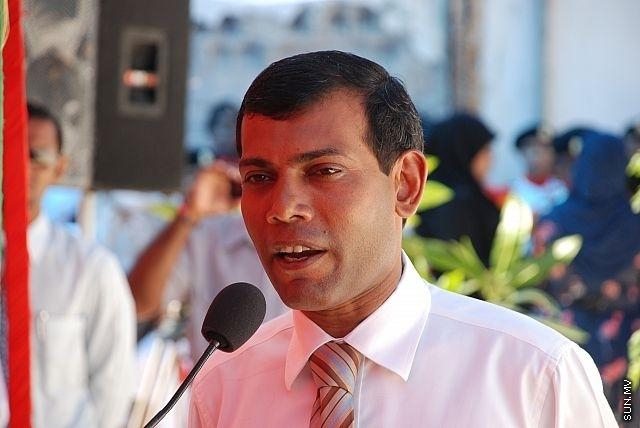 Former President Mohamed Nasheed has said that there is not a lack of programs aimed at men to help them understand and empower women, but what needs to change is how men think about women in general.

Maldivian Democratic Party’s (MDP) leader and presidential candidate Nasheed made these statements while speaking at a special gathering held by MDP in Dharubaaruge to mark this year’s international women’s day.

“Efforts aimed at men in order to empower women is not insufficient. The way men think sometimes, we all have to work towards changing their perception. Sometimes men tend to think that the power of their arm is great,” President Nasheed said.

Noting that women too can confront men if they chose, former President Nasheed said that policies have to put in place to prevent the abuse of women.

He said that we can only empower women if we try to empower them in all possible grounds and that having a gender ministry does not facilitate women empowerment.

“Special work needs to be done for women in all areas. Not just because of efforts made by a gender ministry, but through transport ministry as well as health ministry as well as education ministry. We need to incorporate women into our main policies,” former President Nasheed said.

Calling upon the women to come forward and portray their strength, the former President said that the biggest pledge MDP makes for women this year will be “a banana and glass of milk.”