President advised to repent following his remarks against Islamic penalties 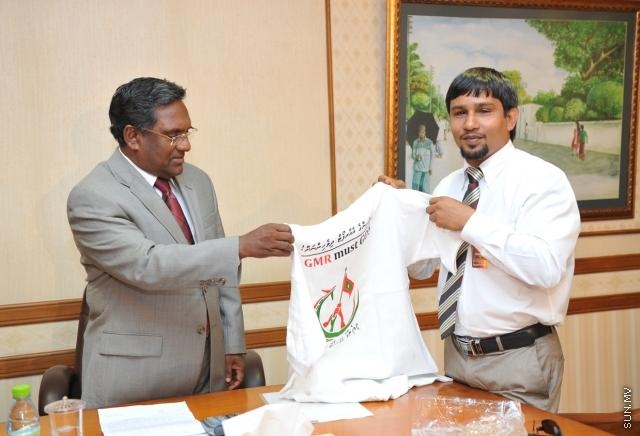 Vice President of Civil Society Coalition, Minister of State for Home Affairs Abdullah Mohamed has called on President Dr Mohamed Waheed Hassan Manik to repent, after the president said that he was saddened by the sentence of 100 lashes given to a 15-year-old girl convicted of fornication.

Abdullah Mohamed referred to President Waheed’s tweet in which he said that he would push the Juvenile Court’s sentence of 100 lashes and eight months’ house arrest against the minor for review, and said that it is not acceptable that the country’s president remarks against a penalty in Islam.

He said that he would meet with the president and ask him to apologise for these remarks.

“Some people tell me, so why are you part of the government, why don’t you resign? I will criticise even though I am on board the ship. If things are not corrected we will go for street protests if necessary,” said Abdullah Mohamed, who led several protests criticising the religious policies of the former government.

Referring to the sentence given to the girl who had been raped by her stepfather and another person, Abdullah Mohamed said that she should be punished for committing and confessing to a sin.

He said that she should be lashed if she had had consensual premarital relations, and that this penalty must not be challenged.

The Attorney General’s Office has notified the girl’s lawyer to appeal Juvenile Court’s ruling which found her guilty of fornication. The state has appointed a lawyer for her until the appeal process is completed.

The Juvenile Court has said that she will not be flogged until she turns 18, but the sentence can be carried out earlier upon her request. The court also decided that she will carry out her eight months’ house arrest sentence at Kudakudhinge Hiya (children’s shelter) and to provide treatment for the rape injuries.

The government also issued a statement yesterday in defence of the girl, and the president has set up a committee to ensure that similar incidents are not repeated in the future.